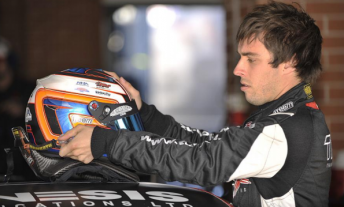 Davies had run under the Team Kiwi Racing banner in the three rounds this season however the #88 has been entered under Davbridge Constructions with Porsche making their spare VIP-style car available.

The young driver was a star at the most recent round of the Championship, the Rennsport shared driver meeting in Sydney in late May.

The shock car switch for Davies comes as a legal dispute has arisen since the Rennsport event.

“It is with legals. I can’t comment too much on it. The look of it has changed and it won’t be in TKR dressing,” Davies told Speedcafe.com

“Unfortunately I can’t say too much more. We’ve had to source a guest car from Porsche Cars Australia and it is a race-by-race basis now. So we are trying to piece it all together.”

TKR were involved in another shock development earlier this year when it was to have fielded a second car for Richie Stanaway only for the car not to run. 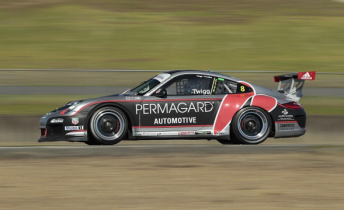 Top New Zealand driver Stanaway was to have returned from injury after fracturing his back in a Formula Renault 3.5 race at Spa in June last year  in the Carrera Cup Australia Porsche round at the Australian GP support races in March.

However Stanaway’s mount was scratched at the 11th hour due to what was officially described as a ‘paperwork issue’.

Davies and his co-driver Adam Gowans cracked their maiden professional class round win at the Rennsport meeting at Sydney Motorsport Park.

“We’ve found some speed which we were lacking at the start of the year and we’ve started to gain some momentum which is great,” Davies said.

“I’m loving every second I drive the Porsches. It’s just feeling really great and I’m gelling well with the cars and it’s a learning curve with a new car at not so much a new circuit but the combination (Cup car and the track) will be fresh to me.

“We’ve got a great team behind us.”

Davies’ car will still be prepared alongside the Max Twigg Permagard Automotive entry.

Carrera Cup will host three 14-lap races across the weekend at the Reid Park venue in North Queensland.