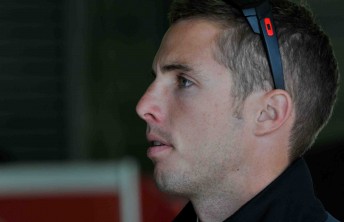 Andrew Thompson has been confirmed as Tim Slade’s co-driver in the season of endurance races in the Heavy Haulage Australia Erebus Mercedes-Benz.

Thompson will have more seat time in the E63 AMG in the Friday co-driver practice session at the Townsville 400 meeting later this week.

The experienced Thompson has previously tested the #47 entry this year in the build-up to his booking with Slade in the Sandown, Bathurst and GC600 shared driver races.

Thompson’s long forecast booking with Slade continues their partnership which saw them combine in the Sandown and Bathurst races last year when they netted a pair of seventh places in the Stone Brothers Falcon.

“When the discussion came up about co-drivers the one and only name to pop up in my head was his (Thompson) so to have that continuity is really good,” Slade said.

“This year’s endurance races will be a little unknown for all the teams as we haven’t really had any long races this year in the new cars.”

Despite the difficult gestation period for the new Mercs, Thompson is confident of improving on the results at Sandown and Bathurst last year.

“We had a great run last year and I think there are still a lot of improvements Tim and myself can make,” Thompson said.

“If I do my job well then I think we can make a step up on last year, although they are long races and anything can happen.”

The Erebus operation have previously confirmed Steven Johnson will co-drive with German Maro Engel in the SP Tools Merc while the squad’s third entry, the Irwin Racing #4 is expected to have Craig Baird as Lee Holdsworth’s co-driver although the team are yet to officially announce that pairing.