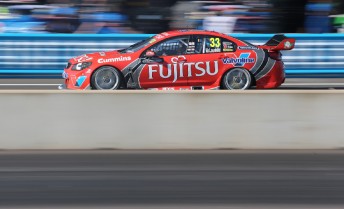 McLaughlin and Perkins will form a formidable combination

Both pilots competed for the team last year, where Perkins drove alongside Premat and Ritter alongside the now Nissan mounted Michael Caruso.

Perkins was the only co-driver to qualify at Bathurst in 2012 as the Frenchman grappled with the demanding circuit in the pre-race build-up.

Perkins has competed in the endurance events either as a primary or co-driver since 2006, while Ritter has been a part-time fixture since 2001 and is a former winner of the Sandown 500.