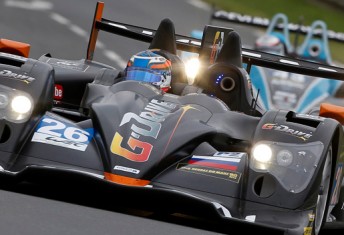 Australian John Martin has lost his LMP2 class podium from last weekend’s Le Mans 24 Hours due to disqualification for a technical infringement.

The #26 G-Drive/Delta-ADR entered Oreca-Nissan was found to have a fuel tank capacity in excess of the mandated 75 litres.

Team manager Simon Dowson confirmed that the squad will appeal the decision, which strips them of third in class and a fine ninth outright.

“There has been a technical infringement outside the control of the team, there was no advantage gained from that infringement and we will be appealing the decision,” he said in a statement.

Should the appeal not be upheld, the exclusion will prove costly to the trio’s WEC campaign as Le Mans is a double-points event.