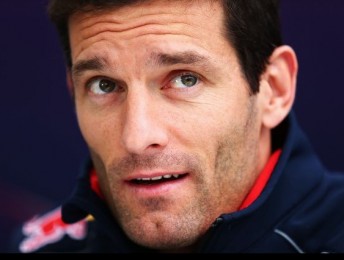 The much-rumoured deal will see the Australian call time on a 12-season career in Formula 1 that to date has netted nine victories, 36 podiums, 11 pole positions and a best of third in the World Drivers’ Championship.

Spearheading the Porsche sportscar project ensures Webber will return to the Le Mans 24 Hours for the first time since his ill-fated 1999 campaign with Mercedes-Benz.

“It’s an honour for me to join Porsche at its return to the top category in Le Mans and in the sports car World Endurance Championship and be part of the team,” said Webber in a statement confirming the deal.

“Porsche has written racing history as a manufacturer and stands for outstanding performance and technology at the highest level.

“I’m very much looking forward to this new challenge after my time in Formula 1. I can hardly wait to pilot one of the fastest sports cars in the world.”

“I’m very pleased to have secured Mark Webber for our LMP1 project as one of the best and most successful Formula 1 pilots of our time,” said Hatz.

“Mark is without doubt one of the world’s best race drivers, he has experience at the Le Mans 24 hour race and on top of that he’s been a Porsche enthusiast for many years.”

This weekend’s British Grand Prix will see Webber make his 204th Formula 1 start, moving him inside the all-time top 10.

The now 36-year-old’s tenure with Red Bull will be remembered as a rocky one thanks to several clashes with team management and team-mate Sebastian Vettel.

Current Lotus driver Kimi Raikkonen is being widely tipped to replace Webber for the 2014 campaign.