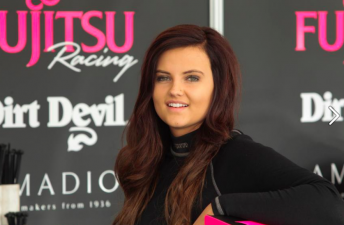 Teenage driver Renee Gracie is eager to get back into battle when round 4 of the Australian Carrera Cup Championship kicks off in Townsville from July 5-7.

That was just the 18-year-old Brisbane-based racer’s third meeting in circuit racing after taking the rather large leap from go-karts to the ultra competitive one-make Porsche class.

She is taking baby steps in her maiden year in a topline category but remains determined eventually become a competitive force.

For Gracie it was a case of being thrown into the deep-end for her Carrera Cup debut at the Clipsal 500 meeting in Adelaide, a street race where concrete walls dish out hard lessons for the smallest mistakes.

In the eight Carrera Cup Championship races at Adelaide, the Melbourne GP and the SMP meeting, Gracie has finished no higher than 16th but importantly has completed every lap of every race.

Gracie, who juggles day jobs at McDonalds and a promotions company, is the third element of the Andy McElrea operation alongside the highly experienced Warren Luff and Michael Patrizi.

Speedcafe.com editor-in-chief Gordon Lomas caught up with Gracie to see how her weekend career is tracking and what the future has in store.

SPEEDCAFE: Give us an outline of how you have found the experience and how difficult its been against some of these Carrera Cup racers, many of whom are massively talented and experienced?

RENEE GRACIE: It definitely thought it was going to be as hard as it has been. Moving up from go karts to a real car was going to be hard. The quality of the field has caught me off guard with having so many V8 drivers and so many experienced guys in the field. I was hoping there we would someone else in my situation that I could relate to but unfortunately there wasn’t.

But I think I’ve achieved expectations of myself and from other people as well. 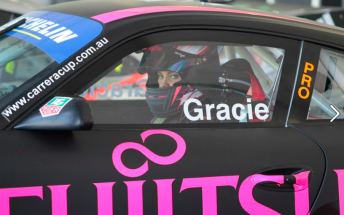 SPEEDCAFE: There’s obviously been a massive amount to take in and learn in a very, very short space of time. How have you managed to cope with taking that much information on board?

GRACIE: What’s made it easier for me is my team-mates. Having Warren Luff and Michael Patrizi around me with all their experience point out what you are doing and giving me encouragement is important. Having the support group around me has made it easier. Every time I race, every time I go out to a track for a practice day I learn so much, it’s ridiculous. Having the team and the backing of the people around me is what’s really going to get me through and accelerate through the next year.

SPEEDCAFE: Drawing on the experience from Luff and Patrizi must be a positive?

GRACIE: When we do data and stuff, Luffy is always sitting behind me helping me through the data and Andy (McElrea) is also a big help as well. Also on the track when Luffy happens to overtake me he can point out what I was doing and then say, ‘this is what you need to be doing’. I’m so lucky to have the team behind me and the drivers around me. I couldn’t be more grateful. 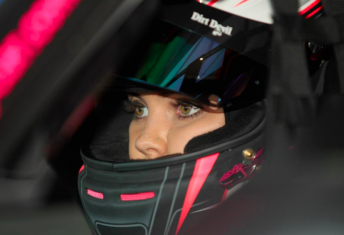 GRACIE: Yes it was. It was my first taste of anything. I’d only been to three V8 Supercars rounds prior to that just watching. Clipsal being a huge event was just massive for me.

SPEEDCAFE: What are your goals and aspirations in motor racing?

GRACIE: Immediate goals are just to finish this year and get a season under my belt which sounds very simple but sometimes its not. I think next year it seems I will be doing Carrera Cup, I will hopefully start to compete for a position in the Championship hopefully and start to get some good results. Whereas this year is just a learning year but next year I’m really going to go for it.

SPEEDCAFE: So you are locked in for next year, is there another year in Carrera Cup after that?

GRACIE: I wouldn’t mind doing another year in it. Next year there might be more people come into it and the competition might double and be even harder than what it is this year.

Also I might have a horrible year and might not finish one race. But the plan is next year will happen and if there has to be another year then I can’t complain about driving a Porsche for another year.

SPEEDCAFE: Who do you draw most of your inspiration from, is it one person or different people?

GRACIE: From a lot of different people, different athletes. Like Stephanie Rice (swimmer) and any athlete who has achieved something great. Obviously drivers as well. I really follow Danica Patrick and the path she’s gone down I think I would like to follow.

And Craig Lowndes, who everyone wants to be like and random people like Travis Pastrana who, in my eyes, is a complete champion because everything he does, he’s good at whether it be motorbikes, NASCAR or whatever.

I get inspiration from people who can motivate me and who can achieve anything. I think the #1 motivator for me is Danica Patrick.

SPEEDCAFE: You mentioned V8 Supercars but are you also clutching a dream to race overseas?

GRACIE: For a long term goal I think V8 Supercars in the next five years and if I establish myself well then I’d like to look at something overseas. I’ve had a liking for NASCAR with Danica in there now. That is something I think I would like to do.

SPEEDCAFE: What do you do as a day job?

GRACIE: I work at McDonalds and do a lot of night shifts and also work for a promotions company. With the promo job I do a lot of driving around the countryside promoting Smiths chips and moisturisers and Vodka promos etc which keeps me busy when I’m not racing. I just have to make sure I communicate my situation very clearly when I’m racing to the managers that I just cannot work on these particular days.

I think after that (Carrera Cup) either Dunlop Series of the V8 Supercars which are definitely in the picture at the moment. If I can start to get some good results then hopefully the Dunlop category can soon follow.

I’ve finished every race so far. I haven’t hit anyone, haven’t got caught up in an accident which is definitely important. I need to as many laps as I possibly can because I haven’t been to many of these tracks before.