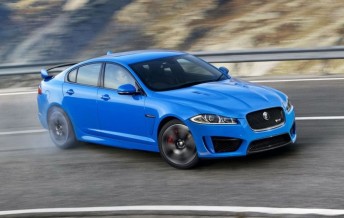 Jaguar had previously knocked back proposals from two V8 Supercars teams, one of which was Brad Jones Racing, whose cut-price proposal included the use of a re-branded engine package.

According to official VFACTS figures, Jaguar sold just 424 new vehicles in Australia during the first five months of 2013.

“We have been approached by two teams and we looked at the economics and demographics and I did briefly discuss it with Adrian (Hallmark, Jaguar global brand director),” Blackhall told Drive.com.au.

“In the end, the business decision based around that is just insane.

“The budget required to field two teams that could actually run near the front of the grid was, in our world, astronomical. And the demographic didn’t work for us either.

“We did take a serious look at it, but we have said no.”

Blackhall added emphatic swipes at the Erebus-AMG customer V8 Supercar program and the task that the Swedish-based Polestar will face to get its S60 race cars on the pace next year.

“I don’t know what it does for AMG getting flogged by a V8 Commodore every week,” he said.

“The same issue will be faced by Volvo, which has to convert a 20-year old Yamaha V8 into a racing engine. Good luck to them both.”