Tasmanians on fire in NASCAR practice

Tasmanians on fire in NASCAR practice 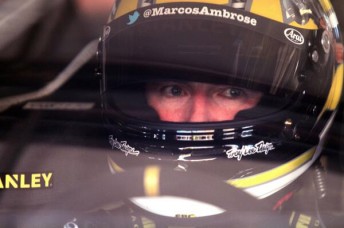 Tasmanian duo Marcos Ambrose and Owen Kelly have set the fastest times in both the Sprint Cup and Nationwide Series Friday practice sessions on road courses in California and Wisconsin.

Much like he used to do in V8 Supercars, Ambrose was fast from the outset in the opening 105-minute session for the Toyota/Save Mart 350 at Sonoma Raceway outside San Francisco. Meanwhile at Road America Owen Kelly, who is substituting for Kyle Busch, was setting the benchmark in Nationwide competition.

Ambrose set a time of 1:06.173 to be just over a tenth faster than Juan Pablo Montoya.

The two-time V8 champ and the former Formula One racer traded fastest laps, before Ambrose finished the session on top.

Ambrose held pole at Sonoma last year and was close to winning in 2010, but unlike the other road course at Watkins Glen, the Tasmanian is yet to score a victory.

In early May Ambrose took part in a pre-event test at Sonoma which has given him extra confidence for this weekend.

The times in the session set the groupings for the Sprint Cup Series’ first experience of ‘Group Qualifying’ tomorrow. Instead of single lap runs – groups of up to six cars will be sent out at 20-second intervals and will have five minutes to set a time.

Ambrose took the ‘Fast Friday’ trophy and will be in the final group for qualifying along with Montoya, Casey Mears, Kurt Busch and Jamie McMurray.

“I’m just gonna go out there and try to bust off that first lap as fast as I can and see if it’s good enough,” said Ambrose of the qualifying format. 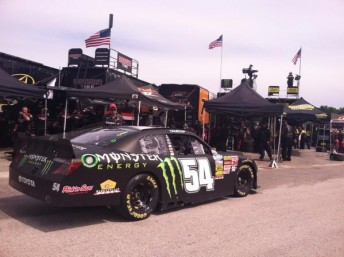 Over in Wisconsin Owen Kelly was setting the pace

“You’ll probably get a little more indicative line-up of cars based off their speed because last year there was a bit of randomness if you made a mistake.”

Ambrose’s crew then worked on a race set-up in the day’s late practice  and he was eighth on the time sheets, but more than happy with the feel in the car.

The weather in Wisconsin for practice at the Johnsonville Sausage 200 Presented by Menards was the big talking point, with wet conditions and lightning causing delays. However, come race day the event will run no matter what the conditions with grooved tyres, windscreen wipers and demisters all fitted to the cars.

Owen Kelly made a couple of runs around the 6.515km Road America course with the Australian reporting the car had good balance.

There wasn’t much to work through besides Kelly’s feel for the car and where he could find speed on track. With a fast lap established on his last run, the Tasmanian secured the top spot at 174.969 km/h. The benefit of this position puts Kelly in the last qualifying group or if it is raining heading into qualifying  NASCAR will set the grid from the Friday times, meaning the Australian will start off pole.

SPEED TV will show the Nationwide Race LIVE from 7am Sunday with ‘Viewers Choice’ between NASCAR and the Le Mans 24 Hour on the red button.