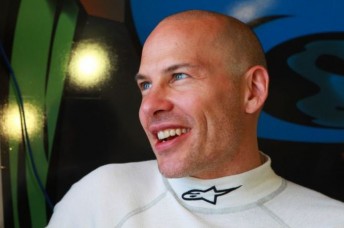 The 1997 Formula 1 World Champion is set to drive the #51 Chevrolet of James Finch’s Phoenix Racing.

The entry finished third in the 2012 Sonoma race with Kurt Busch, while Regan Smith, A.J. Allmendinger, Austin Dillon and Bobby Labonte have all shared the car over the first portion of this season.

“We wanted to put a driver in our #51 Chevrolet who would give us the best chance to win at Sonoma Raceway,” said Finch, who is still looking for funds to complete the season.

“When the opportunity came up to have someone like Jacques Villeneuve in our car, we were very happy to make that happen.”

Villeneuve’s three previous Sprint Cup starts have taken place on ovals, with the most recent coming at Indianapolis in 2010.

The 42-year-old has competed on road courses in Nationwide cars, famously tangling with Danica Patrick during the closing stages of the 2012 Road America event.

Sonoma marks the first road course race for the new Gen6 cars, which several, including Australian Marcos Ambrose, have already tested at the venue.

Despite showing dominant speed at the California track on occasions, Ambrose is yet to win there, and struggled last year from the pole.

“This is one of the hardest road courses I have raced on. It’s very technical and is pretty fast too,” said Ambrose ahead of the weekend.

“These cars are not made for this track, so you really need to wrestle them around a bit.

“I am not scared to do that but just need that little racing luck to get into victory lane. We’ve been so close that a win can’t be too far away.”

Ambrose’s countryman Owen Kelly will also be racing a NASCAR this weekend, competing in the Nationwide Series at Road America.