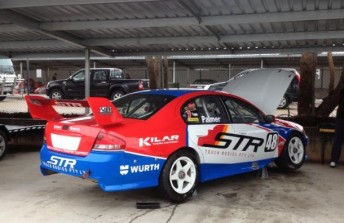 Three drivers will make their Kumho V8 Touring Car Series debuts as part of a record entry for Round 3 at Winton this weekend.

The 22 car field, which looks set to break the previous record of 21, will take to the rural Victorian venue as part of the Shannons Nationals meeting alongside the GT3 Cup Challenge, Saloon Car Series and Swift Racing Series.

Sydneysider Ryan Simpson headlines the Kumho V8 rookies in his ex-Craig Lowndes Ford; the first Triple Eight built car to filter down to the third-tier class.

The former steps up from a Goup Nc Datsun 1600 to an ex-Larkham Motorsport Falcon raced in 2004 and 2005 by Mark Winterbottom. 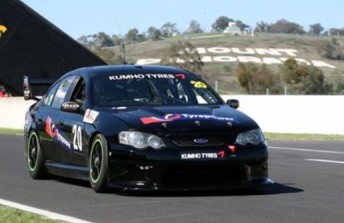 Other notable inclusions in the field are Shawn Jamieson, who will have his first run of 2013, Morgan Haber, who will rejoin the two-car MW Motorsport effort after missing Round 2 at Mallala, and Sam Walter, who is making a one-off appearance to complement his Dunlop Series campaign.

In a repeat of last year’s Winton Shannons National’s meeting, the weekend’s action is expected to be spiced up by wet weather.

Fernandez Motorsport’s Shae Davies holds a one point lead over the experienced Terry Wyhoon heading into the Winton event.

Matt Hansen took a maiden race win at Mallala and sits third, while fourth-placed man Chris Smerdon will be absent from Winton due to business commitments.