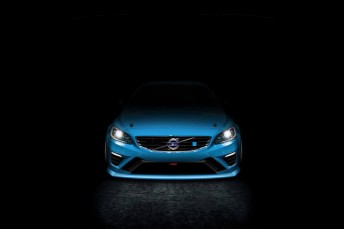 Volvo confirmed its factory backing of GRM earlier today, announcing that the Melbourne-based team will field two Volvos S60-bodied cars in the 2014 championship under the Volvo Polestar Racing banner.

Newcomers for 2013 Nissan and Mercedes-Benz entered the sport with four and three cars respectively, adding to 15 Holdens and six Fords.

Volvo’s presence on next year’s grid is therefore set to be the smallest by a single manufacturer since the class became a 5.0 litre V8 only formula in 1994.

“I think that (additional cars) could be a possibility, (but) the immediate future is our two cars and our factory team,” Braid told Speedcafe.com when asked about expanding its grid entry in future.

“We very much want to get on the grid next year and get the performance right.

“We are not specifically looking at customer teams but that could be an opportunity down the track and if it is we will have a look at it.”

Braid added that timing the Volvo attack in V8s with its road car launch was the perfect scenario to gain maximum impact for the brand.

“The confirmation of the racing approval was relatively late and it may not have been today, it could have been later,” he said of timing the S60 Polestar road car launch with the V8 Supercars announcement.

“But thankfully we were able to pull it off in the time frame and combine it with the Polestar S60 launch event.”

Final approval for the V8 Supercars program was reached after initial approaches were made by Volvo in the third quarter of last year.

“When you have four partners involved in this arrangement – Volvo Cars Australia, the group head office in Sweden, Polestar and Garry Rogers putting fine details to agreements and negotiations is a bit more cumbersome than normal.

“It was more timing issues rather than specific hurdles.”

Braid said he was particularly happy with the public reaction to news of Volvo’s V8 Supercars plans, which first broke little over a week before the launch.

“Even all the gossip that was out there before the official confirmation was extremely positive. It is about showcasing the S60 and getting the car on the grid,” he said.

“It gives us the chance to showcase the S60 to a wider audience and obviously that will rub off on the brand as well.

“It’s certainly getting the Volvo name out there and back on the track.”