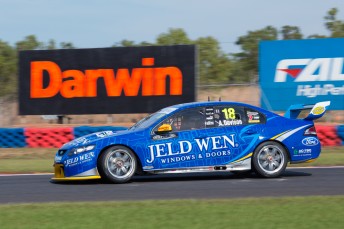 Premat turned by far the most laps with 16 for the hit-out with the nearest Maro Engel who completed 10 laps.

Scott McLaughlin finished just behind his team-mate in the second GRM Commodore to be fourth ahead of Russell Ingall who is making his record-equalling 225th Australian Touring Car/V8 Supercars start this weekend.

The three-pronged Erebus attack was headed by Tim Slade who was seventh fastest  just behind the Nissan of Todd Kelly.