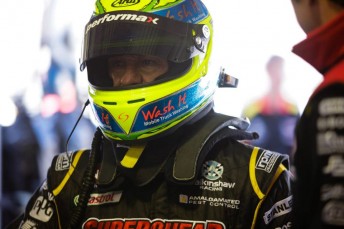 Ingall has been competing in the class full-time since 1996, enjoying a seven-year stint with Perkins Motorsport before completing a five-year tenure at Stone Brothers Racing that netted the 2005 title.

He has raced under the Supercheap Auto banner since 2008, first at Paul Morris Motorsport and then his current home at Walkinshaw Racing.

Ingall is expected to clock-up more starts in the coming years as an endurance driver, however, while he has also stated a desire to make one-off appearances internationally in categories such as the NASCAR Nationwide Series in future.

“John Bowe is a hero of mine, he’s one of my favourite drivers,” said Ingall when asked of equaling the Tasmanian’s record.

“He’s a legend of the sport and very underrated, but those who raced against him know just how good he was. To be considered in his company is fantastic.”

Following a promising start in Adelaide, Ingall has enjoyed a difficult 2013 season, currently sitting 17th in points without a top 10 finish since the season-opener.

The veteran tested his Holden alongside that of Walkinshaw stable-mates James Courtney and Garth Tander at Winton last week, but is cautious about predicting an improvement this weekend.

“We ironed out some problems, and as a team we uncovered some things that should translate to improved speed, but Hidden Valley is very different to Winton so we won’t have a proper read on the car until we wheel it out for practice.”