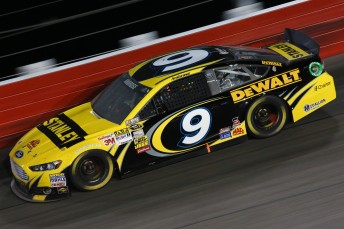 Marcos Ambrose remains positive that he can shake a personal hoodoo that leaves him still searching for that elusive maiden win on an oval track.

A year ago Ambrose set the NASCAR world abuzz after he clocked a staggering 203.341mph (327.246km/h) by clinching the pole at Michigan’s superspeedway.

“Michigan is an oval track that we have circled as a place where we feel confident I could get my first oval win,” Ambrose the #9 Richard Petty Motorsports driver said with the Sprint Cup returning to Michigan this weekend.

“Our team was very strong there last season. We started and finished both races in the top 10. That’s what it takes to get a win. You have to be up front and challenging the leaders. We did that here last year, and I think we can do it again this year.

“The key will be track position. It has always been important at Michigan, and with the Gen-6 cars, I think it will be even more important.”

Crew chief Drew Blickensderfer said the team is running the same chassis it ran at the at Texas track which showed promise running in the top 15 for most of the race before a late race incident.