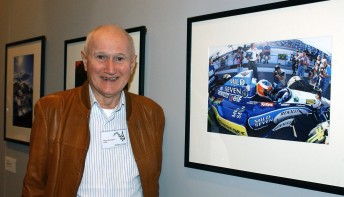 The celebrated grand prix photographer Nigel Snowdon has died in Brisbane where he lived since retiring from his incredible career.

Snowdon became one of the most respected snappers on the Formula 1 circuit from the early 1960’s until the late 1980’s.

At the end of their grand prix odyssey Snowdon along with wife Diana Burnett relocated to Australia.

The couple chose to settle in Brisbane where they would regularly be seen at Queensland V8 Supercars events until Nigel’s health started to decline a number of years ago after suffering a series of strokes.

The gentle-natured Snowdon leaves behind a fine body of work from his time covering the pinnacle of motor racing where he had gained the respect and ear of many of the most influential people in the sport. He was considered by his peers as one of the very best in his field.

Born in England in 1934, Snowdon moved to Australia in 1955, immediately starting as an engineer with Qantas Airways. By 1959 Snowdon became passionate about motor racing photography.

He had slowly weaned himself off his primary occupation and by 1963 he had returned to England to set about chiselling a career as a photographer, initially freelancing his work. From 1968-1975 he worked for a motorsport agency Phipps Photographic. 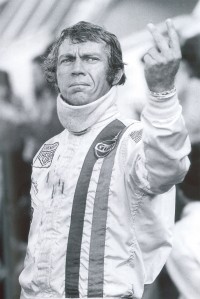 By 1978 together with Diana, also a photographer of some repute after firstly being trained as a teacher, the couple started Snowdon & Associates which became a supplier to magazines, newspapers and books globally for motor racing coverage.

From 1972 until 1987 Snowdon was the chief photographer for Autocourse, considered the bible among motorsport annuals.

Through a career covering F1 and some of the biggest sports car races in the world including the time-honoured Le Mans 24 Hour race, the Snowdons have compiled an archive of pictures that are said to number over 200,000.

While his coverage of F1 races gained global acclaim for some of the most iconic imagery in the sport’s history, what is lesser known to the greater population is his involvement in the making of the Steve McQueen movie, Le Mans in 1971.

While covering the Le Mans 24 Hour in 1970 Snowdon was approached by a representative from Solar Productions, Steve McQueen’s movie company.

“They were trying to give the film an authentic look and felt the best way to do that was to have real photographers in the scenes,” Snowdon said in the cult book, A French Kiss With Death first published in 1999. 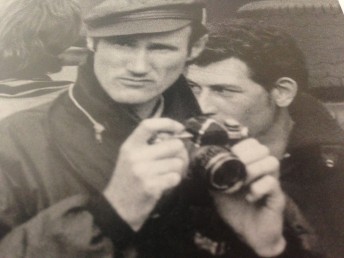 Nigel Snowdon during the filming of the movie, Le Mans. Pic: A French Kiss With Death, Bentley Publishers

“They were prepared to pay me to hang around and snap pictures so I jumped at the offer.”

The famous shot of McQueen gesturing the two-fingered salute was the idea of Snowdon. He recommended that McQueen use the ‘softer’ two-fingered action after the ‘king of cool’ had wanted to proceed with the ‘American one-figure version’ which Snowdon noted was perceived as being more vulgar in continental Europe.

According to a passage in A French Kiss With Death, every time McQueen saw Snowdon from then on he would flip him the double bird, then asking if he had the technique right.

Snowdon’s work found its way into many of the world’s leading motorsport publications including Autocourse and Automobile Year in the UK, while the official GP Library has some of Snowden’s work as well as Australian magazines.

Among several books he had published were – Formula One – Through The Lens that captured four decades of grand prix racing, The Ultimate Excitement – The Motor Racing photography of Nigel Snowdon and Nigel Mansell – The Making of a Champion.

Speedcafe.com passes on its condolences to Diana, the Snowdon family and friends.