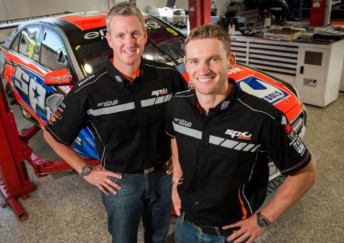 As previously reported by Speedcafe.com, Johnson had been deciding between taking the paid drive with Erebus or racing with his father’s own Dick Johnson Racing outfit, for which he is the general manager.

DJR has already locked in Dale Wood to its endurance squad, with Johnson hinting that another young driver is in the frame for the final seat.

“Of course my decision not to drive at DJR was a big one, but I believe the opportunities the team has to develop young talent will be a big focus as DJR re-emerges,” he said in an Erebus statement.

“It is important they capitalise on these objectives and in turn I can concentrate my attention on the long distance races.

“I will have no other hats on and I can concentrate 100 percent on doing the best job I can with the Erebus team and with Maro.

“It’s going to be very interesting for me to see how another team operates and I’m hoping this will help me further develop as a driver.

“Working with new people and forging new relationships in such a short time is going to be an enjoyable challenge.

“Maro has certainly done a lot of racing in his career and he is a world-class driver.

“Hopefully I can help him learn the tracks, in particular Bathurst, but I’m sure there are many things he can also teach me.”

Johnson’s 18 previous Bathurst 1000 starts have all come aboard DJR Fords, although his championship history includes a brief spell in a Greg Crick-owned Holden.

Engel meanwhile has struggled in his rookie V8 Supercars season so far and currently sits last of the full-time drivers in the points standings.

The German is hoping that Johnson’s experience will help him adapt to Bathurst, which he visited as a spectator in February for the 12 Hour.

“I’m looking forward to working with him closely to ensure we can be as competitive as we can be. I’m sure he will have some secret tips he can share with me about all three endurance tracks – especially Bathurst, which I like to refer to as the ‘Blue Hell’ because it is the Australian version of Nurburgring Nordschleife which is known as the ‘Green Hell’,” said Engel.

“I think I’ll be able to learn a lot from Steve so I’ll be listening very carefully to all his advice and comments.  In terms of car development, I think he will also be able to give us great feedback as he has driven a number of new V8 Supercars over the years.

“The endurance races are the most exciting part of the season with Bathurst being the pinnacle and now with Steve on board I am really looking forward to it.

“We want to get good results and although it is my first time at all these tracks I’m sure we will counteract that with Steve’s huge amount of experience.”

Engel has scored best qualifying and race results of ninth and 20th respectively during the opening five events of the season.

The former came during a trio of strong qualifying efforts at Barbagallo; outside of which he has not started within the top 20.

Erebus completed a test day with all three of its cars at Morgan Park last week ahead of this weekend’s Hidden Valley event.