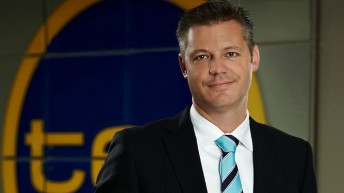 James Warburton mourning the tragic death of his dad Richard

V8 Supercar Chief Executive Officer James Warburton has been hit by family tragedy co-inciding with his new tenure in the category.

Warburton was set to hit the ground running this week with a diary full of scheduled meetings, including crisis talks with the Queensland Government, when he was contacted to learn his father had been hit and killed by a car.

Richard Warburton, who was only days away from his 75th birthday, was walking on the footpath to his regular pilates class in Sydney when he was struck by an out-of-control Utility.

Police have arrested the driver of the ute. He has also been charged with a string of other offences relating to firemans, drug, property and wildlife.

Warburton’s son has been quick to make an impression in V8 land and had already been on the phone for a couple of weeks to the sport’s key stakeholders before officially starting his new role.

A couple of vital sponsors to the series, are impressed with his proactive nature.

Many stakeholders are hoping that Warburton’s reputation as a “doer” and impressive salesmanship can help the sport out of its biggest low since the V8 Supercars brand came into existence in 1997.

“I could not believe it when I got the call. It was the first contact I have had in months and I almost fell off my chair,” said a sponsor.

“He is obviously keen to get on with the job of turning things around and you have to admire that.”

Richard Warburton is survived by wife Judy, children James and Katrina and his six grandchildren.

Speedcafe.com passes on its condolences to Mr Warburton’s family and friends.