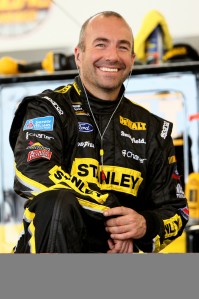 Marcos Ambrose will donate $1million to a charity for kids if he wins his first oval Sprint Cup race at Dover this weekend.

In association with the ‘Racing for a Miracle’ program, Ambrose will donate the seven-figure purse to the Children’s Miracle Network Hospitals through the Ace Hardware Foundation to benefit sick and injured children.

Ambrose (#9 Stanley Ford) and his Richard Petty Motorsports team will also donate $500,000 and $250,000 respectively if they finish second or third at the Delaware race.

The Australian, who finished 10th in the NASCAR’s longest race – the Coke 600 at Charlotte last weekend, says there is no better place to break his oval duck at the Monster Mile.

He has finished third at Dover previously along with two other top 10 finishes at the track.

“There would be nothing more special than to win my first oval event and have $1 million donated to the Children’s Miracle Network Hospitals through Stanley, DEWALT and the Ace Hardware Foundation,” Ambrose said.

“I’m not sure who would be more excited, but I do know though it would mean more to me to help the kids of Children’s Miracle Network Hospitals. I am living my dream each week and we’re hoping we can make some children’s dreams come true at Dover.”