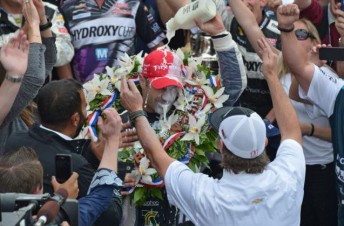 For Australian-born IndyCar team co-owner Kevin Kalkhoven, winning Sunday’s Indianapolis 500 with driver Tony Kanaan has made a troubled decade of involvement in American open-wheel racing “worth it”.

The US-based businessman, who describes motor racing as something that has become “a stupid passion”, started the first incarnation of the current KV Racing squad in 2003, competing initially in the Champ Car World Series.

The now 67-year-old joined with two fellow Champ Car team owners to buy the struggling class a year later – championing the category’s cause against the rival IndyCar Series until a merger deal was eventually struck in 2008.

KV entered IndyCar initially under the Team Australia banner, with the real road to Indy glory not starting until an against-the-odds signing of Kanaan occurred ahead of the 2011 season.

Kalkhoven and fellow KV co-owner Jimmy Vasser scraped together the budget to fund Kanaan’s ride, and subsequently built an engineering group around the Brazilian that features many of the staff that helped him to the 2004 IndyCar title with Andretti Autosports.

A major push for the 2013 Indianapolis 500 was made at the conclusion of last season, which was the first to feature the upgraded Dallara DW12-based rule package. 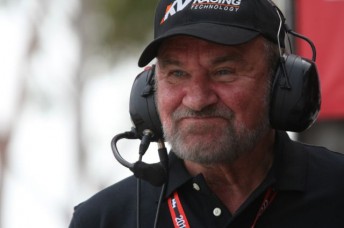 “It was a learning experience and out of it have emerged a couple of things,” Kalkhoven told Speedcafe.com at Indianapolis Motor Speedway of his difficult decade-long journey to Indy success.

“One is that we have a combined series, two is that, no one will believe it, but (former IndyCar boss) Tony George is actually a good friend of mine.

“And then finally to have the success of the 500 makes that whole 10 years worth it.”

“We set our hearts two years ago on winning this,” he continued.

“We took two cars in September (2012) and just did nothing but prepare them for this race.

“We had all the body fit done, took them down to Windshear and ran them in the windtunnels… we just worked for three months on these cars, specifically for this race.”

Kalkhoven made much of his fortune as a venture capitalist and CEO in San Francisco’s ‘Silicon Valley’ region, steering companies such as industrial laser firm Uniphase to success during the 1990s.

Although still involved with a variety of investments, including several in Australia, Kalkhoven says that success in IndyCar is his main focus.

“I still do investing but my main occupation is making sure we have a winning team,” he said.

Kanaan sits seventh in the series standings after five races with team-mate Simona  De Silvestro, who finished 17th in the 500, sixth places adrift of the Brazilian.