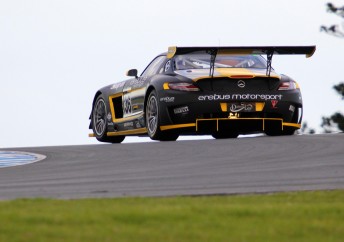 Starting from pole, he held out an early challenge from John Bowe’s Ferrari to build a comfortable margin and lead through all but the compulsory pit stops, to win by more than 30 seconds.

Evo Lancers qualified first, second and third with Dylan Thomas and Ryan Simpson slotting in behind the similar cars, just in front of the Beric Lynton / Tim Leahey BMW 1M.

Winslow’s lap record of 1:25.9242 is the second-fastest car to officially lap the Island, with only Simon Wills Reynard Formula Holden faster with 1:24.22s set in 2000.