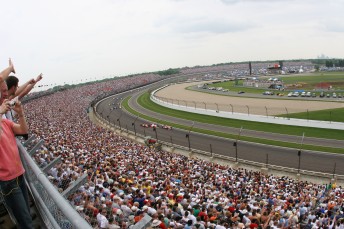 Ever wondered about just how many people file into that great American pantheon of motor racing – Indianapolis Motor Speedway?

There has always been a degree of mystery about the actual crowd numbers chiefly because the operators of the Speedway had never been in the business of officially accounting for a figure.

Much of these unofficial, and therefore wildly inaccurate, crowd figure claims were exposed in 2004 when reporter Curt Cavin undertook the leviathan assignment of counting all of the grandstand seats at Indy one-by-one.

His counted finished at 257,325 seats. But that does not take into account standing areas on the infield which is traditionally well populated by thousands of fans.

For the 97th running of the Indy 500 this weekend, an estimated 11,600 seats have been removed in the North and Northeast Vistas and more than 5000 removed from the turn one infield.

The reduction in seats partly due to upgrades and the extension of the Speedway’s road course mean the Speedway will have its ‘smallest’ seating capacity for 13 years when the facility last had a major renovation.