Johnson: V8 Supercars not about Falcon

Johnson: V8 Supercars not about Falcon 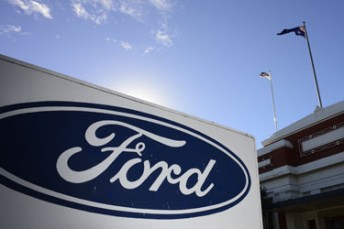 Dick Johnson says the pending death of the Falcon nameplate will have little effect on V8 Supercars in the wake of Ford Australia’s decision to cease local manufacturer from 2016.

Talking on Brisbane’s Triple M Grill Team, Johnson said that the focus is on Ford, the brand, rather than a model name as iconic as the Falcon has become.

“Well you know the V8s is not about Falcons, it’s about the Ford badge,” Johnson said in the interview.

“If it’s got a Ford badge on the front, I think that’s what people support rather than just Falcon alone. It’s something that’s been around many, many years and the same with Holden – people either go Holden or Ford.”

If Ford decides to continue involvement in Australian motor racing’s high profile series, V8 Supercars, it is likely any team it aligns itself with would race the US-made Fusion sedan which runs in the NASCAR Sprint Cup series. 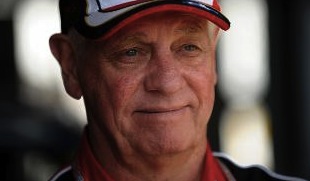 Johnson holds a great deal of sympathy for the workers at the Geelong and Broadmeadows plants which will shut down manufacture of the Falcon, Ute and Territory from October, 2016.

“I think the worst part about the whole deal is, I’ve met a lot of people in the Geelong plants and Broadmeadows plant, and I’m talking about generations of families that have been working for Ford since the 20s and their great grandfathers, and their fathers and grandfathers.

“It really is a devastating thing for the employees, but at least they’ve given them some chance by saying ‘you’ve got three years.’ Hopefully in the three years you’d be able to find alternatives.”

Johnson runs two Falcons in the 2013 V8 Supercars Championship from his Stapylton base near Beenleigh, with four Falcons run under the Ford Performance Racing outfit, Ford’s official factory team based in Melbourne.

Presently FPR remains in discussions with Ford about the future as its contract to the manufacturer comes to an end of its current three-year term at the end of this year.

The number of Falcons has gradually declined in recent seasons in V8 Supercars with the model accounting for just six in the 28-car field.