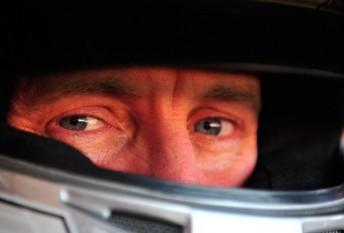 Johnson stepped into the general manager role at his father’s famed Dick Johnson Racing outfit this year after the team’s financial struggles saw the 38-year-old forced to end a 13-year spell as a full-time driver.

The three-time V8 Supercars race winner has made no secret of the fact that he has been assessing all options for the enduros, despite logic suggesting that he’d drive with DJR.

After a potential deal with Tekno Autosports struck trouble earlier in the year thanks to the team’s Holden ties, Johnson’s dilemma now appears to be between sharing the #9 Mercedes with German Maro Engel and sticking with DJR.

Erebus is thought to already have Craig Baird and Andrew Thompson locked into its endurance stable to return alongside Lee Holdsworth and Tim Slade respectively, while Johnson and a variety of European drivers are being linked to the final seat.

Although ongoing sponsorship negotiations at DJR make Johnson’s endurance plans sensitive, the former Queensland 500 winner says he must think of what’s best for his own future, as well as the team. 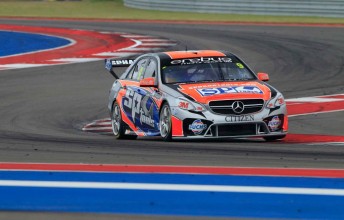 Maro Engel at the Circuit of the Americas last weekend

“Enduro-wise I’ve got to think of Steve Johnson,” he told Speedcafe.com, stressing that he’d like to have a deal concluded by the next round of the championship at Hidden Valley.

“I’ve done a lot and am of course very loyal to DJR, it’s where I’ve grown up and it’s the family business that I have driven since 1994.

“But I’ve got to do what’s best for Steve Johnson and for the driving future of Steve Johnson, whether that be here or elsewhere.

“Whatever happens we need to get it done soon so that we can get on with doing what we need to do between now and then, both for DJR and myself.

“It’s something that I’ve been thinking about for a while now. I’ve had a few really good options and opportunities, now we just need to get it finalised.”

DJR already has Dale Wood locked into its endurance squad, while Johnson confirmed that the team continues to speak with other drivers, including current Dunlop Series points leader Ash Walsh, about the remaining seat.

Johnson competed in the opening two rounds of the Carrera Cup Australia with Hunter Motorsports this season as he transitioned out of a full-time V8 Supercars seat, but will not continue in the championship when racing resumes at Sydney Motorsport Park this weekend.