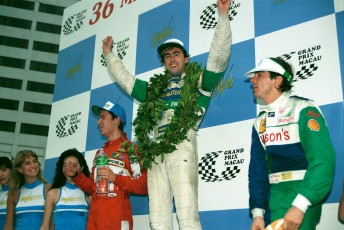 A special exhibition will be unveiled to honour the 60th anniversary of the Macau Grand Prix at Sydney Town Hall this week.

Beginning on Thursday and open through to Sunday from 10am to 4pm each day, the exhibition will have three open-wheel racecars on display as well as photographs and videos that commemorate the six decades of the oldest street race in the world.

A gala opening on Wednesday night will see two of the three Australians who have won at Macau honoured – when Kevin Bartlett and Vern Schuppan will officially open the commemoration.

Bartlett won the Macau street race in 1969 under the Formula Libre regulations, whilst Schuppan tasted victory in the administrative region of China in 1974 and 1976 prior to his victory at the Le Mans 24 Hour in 1983.

The only other Australian to have won the time-honoured Grand Prix – and the only one in the Formula 3 era – was David Brabham in 1989.

“(Winning Macau) was the most significant moment of my career up to that point,” he said. “In fact, maybe it hasn’t been surpassed by any other wins.” 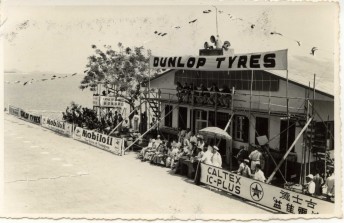 The Macau Grand Prix in the early days

“We had to learn – and learn quickly – as the opposition had been there many times,” he said. “I went to the local motorbike hire person and hired a 125cc Yamaha in the lead up to practice.

“Riding around the track for hours late at night to beat the normal traffic seemed the solution. It sounds a bit dangerous now, but like most youths we were ignorant and bullet proof.

“Of all the destinations my career has taken me, Macau is my favourite and I still have friends who reside there.”

As part of the Sydney commemoration, the display will include an Elfin 600 which finished second in the 1968 race and was later campaigned by Australian Tony Maw, a 1973 Cheetah Formula 3 machine and a modern day Formula 3 car.

This year’s Macau Grand Prix – one of only two FIA sanctioned events outside Formula 1 able to use the term “Grand Prix” (the other is the NZ Grand Prix) – will be held over two special weekends (November 9-10 and November 14-17) with the final round of the World Touring Car Championship, a special international Porsche Carrera Cup event to round out the Asian PCCA Championship, a Lamborghini and Audi Single make categories, the Macau Motorcycle Grand Prix and a special legends race using Volkswagen Scirocco’s.

The event will be headed by the traditional Formula 3 Grand Prix with some of the best emerging drivers in the world in attendance and in a further treat for open wheel fans the Chinese Formula Masters category.

The exhibition – Macau Grand Prix: 60 Years of Motorsport History – will open this Thursday May 23 until Sunday May 26 10am to 4pm on each day at the Lower Exhibition Halls, Sydney Town Hall, Cnr of Druitt and George Streets Sydney City.

Entry is free to the public.