Revised livery for Webb Holden in US

Revised livery for Webb Holden in US 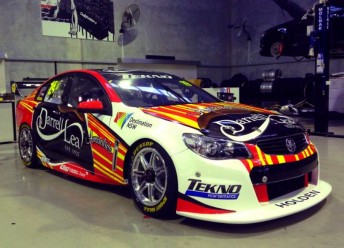 Tekno Autosports is the latest team to reveal a revised look for one of its entries ahead of the V8 Supercars Championship’s first foray to the United States of America.

The confectionery company, which was bought by petfood magnate Tony Quinn last year, has been exporting its products to the US since 2005.

The team has also picked up minor support for the event from the New South Wales Government’s tourism and events authority, Destination NSW.

Webb sits 11th in the 2013 V8 Supercars Championship heading to the US despite a horror run at the most recent round at Barbagallo.