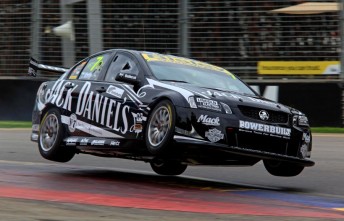 The two cars were collected from the now Nissan Motorsport branded Braeside factory this week, and could appear in the second-tier series later this year as a precursor to a full 2014 campaign.

All six of Kelly Racing’s VEs have now been sold, with Aaron McGill and Aaron Tebb already running two of them in this year’s Dunlop Series. Tebb’s team also has one as a spare chassis, while another is in the hands of a Melbourne-based collector.

The cars to be run by THR, codenamed KR-01 and KR-02, are the newest of the set and were campaigned in Jack Daniel’s colours up until the end of the 2012 season.

The team plans on retaining its Kumho Series presence alongside its new Dunlop Series program. 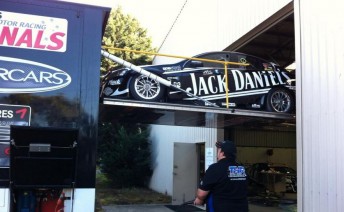 “We’re really keen to use this as a platform to develop young drivers,” explained THR director Nick Taddeo.

“We’d like to use the current VZ Commodores we run in the Kumho Series to get young drivers started and step them up into the VEs in the future for the Dunlop Series.

“We’ve already got a couple of drivers interested for next year who are looking to step up from the Kumho Series but we’re very much open to contact from interested parties.”

An extensive spares package is said to be part of the deal, while the squad will have access to the Kelly’s workshop should any major repairs need to be undertaken.

“The support from the Kelly boys has been fantastic,” said Taddeo.

“We’re loaded up with a range of spare parts for the two cars and we’ll go back to them and collect everything else they have in their workshop that fits these two specific chassis.

“We have a relationship now with the Kelly guys and should we need repairs or what not, they’ll look after us in that regard. Whatever we need, we’ll let them know and Todd will organise it for us.”

Schedule permitting, it is expected that Todd Kelly will help THR shake the cars down at a Mallala test in early June.