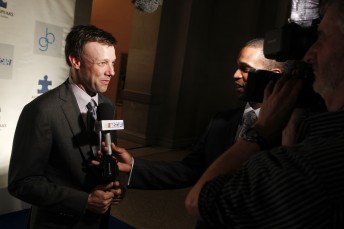 Kenseth has jumped from 11th to fourth in points

The massive points penalties handed out to NASCAR star Matt Kenseth and the Joe Gibbs Racing operation have been reduced after an appeals panel hearing in Charlotte.

For the second straight day a penalty by NASCAR has been reduced, after Penske had it’s an appeal for car violations at Texas heard by chief appellate officer John Middlebrook.

A NASCAR appeals panel sided with JGR and eased some of the penalties imposed after a post-race inspection discovered one of eight connecting rods in the engine of Kenseth’s race-winning Toyota in Kansas was around three grams under weight.

JGR did not dispute the part was illegal, but argued the penalties were too severe on the team and driver because Toyota Racing Development supplies the engines. The engines are sealed and serviced by TRD staff and Toyota accepted responsibility and insisted one light rod did not give Kenseth a performance advantage.

The points deducted from Kenseth were reduced from 50 to 12 points, which moves him from 11th in the standings to fourth. The panel also reinstated the three bonus points he earned for the victory for seeding in the Chase for the Sprint Cup championship.

The panel also reduced crew chief Jason Ratcliff’s suspension from six races to one race, and eliminated the six-race suspension for owner Joe Gibbs. It let stand Ratcliff’s US$200,000 fine.

The only action the panel took was increasing Toyota’s penalty from a five-point fine to a seven-point fine.

Gibbs said he was done with the process and would not appeal anything further.

“Right now, we just want to get back to racing,” the team owner said.

Although Gibbs was pleased, NASCAR itself was disappointed with the decision and under the process is not eligible appeal and take it to chief appellate officer John Middlebrook.

“Our sport has a due process system in place that has served this sport very well for more than 65 years, and that due process resulted in this decision here today,” said NASCAR Spokesman Kerry Tharp.

“While we are disappointed by today’s outcome, we stand firmly behind our inspection process. The inspection of engines, and engine parts and pieces has always been regarded as the holy grail throughout the industry — that along with fuel and tires.

“In violations such as these, we have no other reinforcement process than to penalize the team owner and team members. That’s how our system works.”