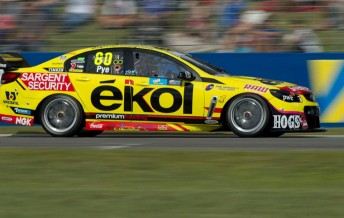 Present at only a handful of races in recent years under his design-based role with Triple Eight, Lacroix has been a regular fixture in the 2013 paddock as Red Bull Racing Australia comes to grips with the new-generation cars.

The Frenchman spent much of his time in the LDM garage at Barbagallo, however, helping the customer team make the most of its top-line equipment.

Although showing promising signs of speed with drivers Scott Pye and Dean Fiore, results have gone begging for the Victorian-based squad since Adelaide.

LDM expanded to two cars for this season and is still building its staff. David Cauchi, formerly Jamie Whincup’s data engineer, stepped into the role of race engineer for Fiore this season and remains based out of Triple Eight’s Queensland headquarters.

“It’s a tricky business and if you don’t know what to play with you can get cornered,” Lacroix, who shares a particularly strong bond with Cauchi, told Speedcafe.com when asked of the advisory role he has been playing with LDM.

“We are trying to take some of the traps away by giving them a base set-up and some understanding so that they can hit the right buttons and not get lost. 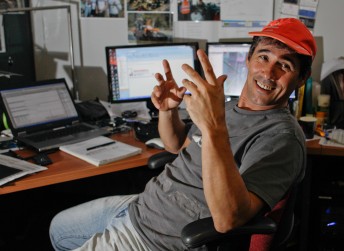 “The driver looks at me and they see a big brother. They know I am not going to kill them, I am going to help them!

“If something is wrong, they come and they ask and it can be as simple as saying, ‘ok, let’s try another set of tyres’, because they could be too worn out and clouding the picture.

“The cars are so complicated and there are so many things you can touch, which a top team can play with (and not get lost). We are trying to make it simpler.”

Lacroix emphasises that LDM has the equipment and potential to run at the very front.

“In Race 12 they (Fiore) lost six seconds in the pitstop. They could have been top 10. That’s our fault. There’s nothing wrong with the car or the driver.

“There’s no shame, it’s a team that is in the process of learning. What we need to do is not give them 100 percent parts and nothing else.”

It is yet to be determined how many events Lacroix will attend this season, although he is expecting to be around more often than in previous years.

“Let’s face it, until Red Bull is on top of the game and is fairly confident… I’ll be popping up a lot more at the race track,” he said.

The drama was triggered by a three-wide squeeze on the back straight that led to the #80 Ekol Holden skipping sideways across the infield at high speed.

“There was a fair bit of damage,” team owner Lucas Dumbrell told Speedcafe.com, estimating the cost at $75,000.

“The exhaust headers, which are a pricey item, front subframe/cross member, front roll-bar and blades, shocks, arms, uprights… it was a long list of what was damaged.

“There’s definitely some tweaks to the chassis and we might look at putting it back on a jig after we get back from Texas, but chassis-wise it’s not that bad that we’re concerned about it. It was essentially just a lot of components.”

Sunday’s Race 11 saw both LDM Holdens under the spotlight for a different reason as the team played the alternate strategy of attempting to make it through the race on one set of tyres.

The move saw Fiore lead the race until just seven of the 42 laps remained, after which point the local driver eventually dropped to 13th.

Dumbrell said that the ploy was a joint decision between the team’s strategist Paul Morris, Lacroix and its two race engineers, and was made on-the-fly following an early Safety Car.

“It was a good gamble because of the Safety Car and it was an ok result in the end,” said Dumbrell. “It’s not like we’re in the championship hunt, so I’m all for rolling the dice and taking a bit of a chance to get a big result.”