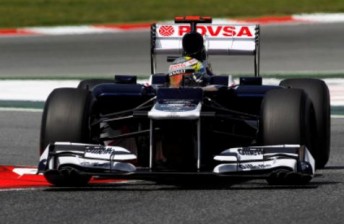 The Spanish Grand Prix in 2012 produced a boilover result when the unheralded Pastor Maldonado drove flawlessly to win his first and, to date, only F1 race.

It came amid a period where the Williams team continued to wallow in its worst era of uncompetitiveness since being founded in 1977.

Williams have struggled in four races this season which have been won by Sebastian Vettel (two wins) and one each to Kimi Raikkonen and Fernando Alonso.

It is the first European Grand Prix of the new season so can the superpowers such as Red Bull continue to wield their domination or will there be another bolter like the Williams win in 2012?

Have your say on who will win the Spanish Grand Prix below.