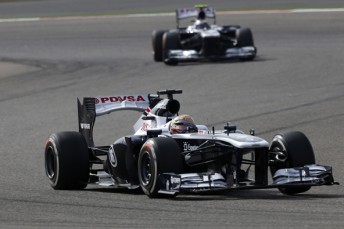 Williams Formula 1 will carry signage for the Kazakhstan capital, Astana

Williams F1 Team has announced a new sponsorship arrangement with Kazakhstani investment business, TAK Group with the Williams FW35’s of Valtteri Bottas and Pastor Maldonado to carry signage for the Kazakh capital, Astana for the remainder of the season.

The partnership is designed to promote tourism into Astana in the leadup to the World Expo in 2017 which will be held in the city. The Expo’s theme will around future technologies and our ‘energy future’. Astana has been the capital of Kazakhstan since 1997 and is one of the largest business centres in that region.

“Formula One is one of the most high profile sports in the world and its global reach will offer Astana an unrivalled marketing platform. Williams is also one of the most respected teams in the sport so it is especially gratifying to partner with them,” said Artur Ardavichus of TAK Group.

The next round of the Formula 1 World Championship will be next weekend (May 10-12) at Circuit de Catalunya in Spain. Bottas and Maldonado will both be looking to open their 2013 Championship points account at the traditional F1 testing circuit.