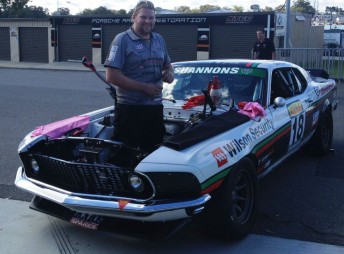 John Bowe and Nathan Pretty endured difficult starts to Round 2 of their respective Touring Car Masters and V8 Ute Racing Series campaigns at Barbagallo, with engine failures hitting both competitors.

Bowe’s Ford Mustang dropped a cylinder on the opening lap of Practice 1, ensuring the popular veteran was on the sidelines for the remainder of the day.

The former Australian Touring Car Champion will return with a spare engine for qualifying tomorrow. 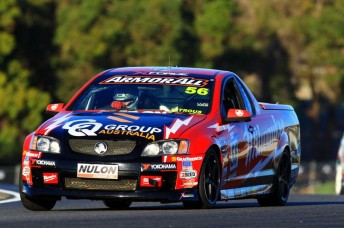 In the V8 Utes, Pretty’s Holden waited until the first lap of qualifying to fail – ensuring that the Milwaukee Holden will start Race 1 from the back of the grid tomorrow.

David Sieders (Ford) made the best of the first running of the Formula 1-style knock-out qualifying system to take pole from Ryal Harris (Ford).

With the series awarding full race-equivalent points for qualifying, Harris now leads the standings from Gary Baxter and Rhys McNally.

State-level Formula Ford and Saloon Car racing is also on the V8 Supercars support bill this weekend, with former Commodore Cup racer Scott Andrews taking a comfortable win in the opening racing for the single-seaters.

Leanne Tander finished an impressive second on her return to racing following the birth of her second child in February.