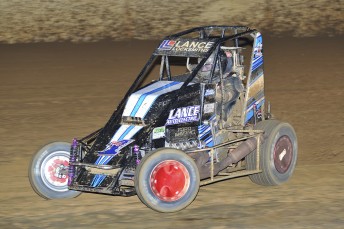 Australian Speedcar Champion, Neville Lance heads to Sydney Speedway this weekend for the 50-lap Speedcar Classic looking to tick an item off his extensive resume – winning a race at the Granville Raceway – however he’ll have tough competition among the 41 strong field including former Champion, Adam Clarke who is at odds on favourite to win the event.

“I’ve never won a feature race at Sydney Speedway and it is one of the few things left on my bucket list,” noted Lance. “I’ve come close, I’ve come very close. I’ve won heats but never an A-Main.”

Newcastle based Clarke enters the event having four State Titles to his credit this season and having joined forces with West Australian based McAllan Motorsport, it seems to be paying dividends.

“Keith McAllan and I are here to win races – I am not here to muck around,” said Clarke. “I really didn’t know how I would go. I thought we would give it six races to see if I could win an event and since we began, we have never looked back.”

The quality field includes many of the Parramatta regulars – Mark Brown, Simon Roberts, the Jenkins brothers, Ian Black and young Canberra karting graduate Michael Stewart to name a few, whilst Travis Mills and Sprintcar usual Domain Ramsay will make the trek from Victoria.

Tomorrow night’s event is supported by a charity-supported boat and caravan derby.