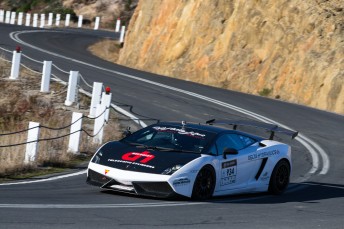 Steve Glenney finished a solid second in his Nissan GT-R, one minute and five seconds behind White, with Adelaide’s Matt Sims taking the final podium position in another Nissan. Eight-time Targa winner, Jim Richards, was fourth in his Porsche 911 GT2 RS. 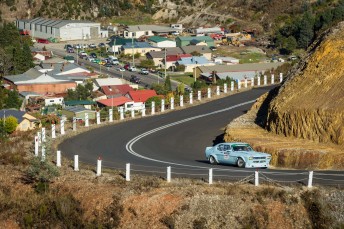 The fifth and final day of the event saw competitors leave Strahan and head for Hobart over six tarmac stages. The day included the longest stage of the event, the 58.55 kilometre Mt Arrowsmith test, before the finish at Hobart’s Wrest Point.

While he was the fastest driver for the majority of the event, things didn’t always go to plan for White. He suffered a broken front differential on day two, and also encountered electrical and fuel gremlins throughout the first four days.

However, his experience shone through when needed most, and he extended his lead over the final stages to eventually win by over a minute, the first to win back-to-back Targa Tasmania titles since Jim Richards in 2003. “That’s four wins for us now and we’re very, very happy with that,” a jubilant White said.

“It’s been a long, arduous week for us and we’ve had plenty of hurdles to jump over, some of them pretty big, and we’ve had a lot of concerns but we’ve made it, which is very sweet.

“Today was probably our smoothest day with the gap we had, but there’s no guarantees, so we just went flat out and broke every record on every stage we did this morning, and only backed off ever so slightly in the final two stages.

“It’s been the most intense five days we’ve ever spent getting around Targa, and very fulfilling.”

Glenney had been hopefully of reeling the Lamborghini in, but in just his first event in the Nissan GT-R, he had a few teething problems of his own, and was happy to settle with second place in the end.

“It’s a pleasing result even though I hate coming second,” Glenney said. “We’re all here to win, but I’m very pleased as it’s a car which had had very little modification or race-prep, so to get it to the finish, let alone come second, is a great result for everyone involved with this team.”

The Classic Outright battle was never clear cut, with early leaders Peter O’Keefe, Rex Broadbent and Greg Garwood all falling by the wayside. Craig Haysman had gone into the final day with a handy lead, but his Triumph’ gearbox failed on the Mt Arrowsmith stage, allowing Donn Todd to take the win and claim his second consecutive Classic Outright championship crown.

“We couldn’t have asked for a better result and we certainly didn’t think it was possible at the start of the week,” Todd explained.

“It’s satisfying to win back-to-back championships, and we’ve done really well in the Early Classic Handicap as well, so it’s been a good week for us.”

Greg Pritchard had to settle for second in Early Modern to Ben Manion (Nissan Skyline), but that was enough to secure the class honours for the four event series.

Donn Todd’s performance was enough to secure him the CAMS Australian Targa Championship title for Early Classic for a second straight year.

Video highlights from the final day