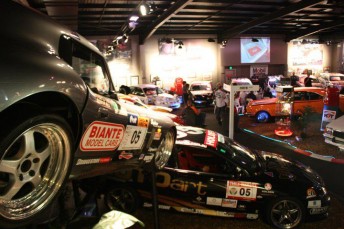 The Brock Daytona Coupe was a controversial addition to the museum

The move to sell comes two years after the ‘Champion’s Brock Experience’ museum was closed to the public due to a lack of patronage.

The cars have been sitting in Champion’s Yepoon, Queensland, facility since its official closure.

Champion, a former coal mining magnate, suffered a major heart attack last year and has since been looking to divest himself of some of his interests. He will continue to run the HDT Special Vehicles business.

The Champions Group is seeking expressions of interest for the cars as a collection, but says it may also sell the cars individually.