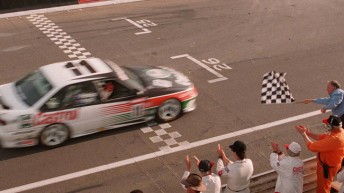 One of Australian motor racing’s most legendary names, Perkins Motorsport, has been revived as an online motorsport store.

The Perkinsmotorsport.com site, which will predominantly retail racing apparel to competitors, is the brainchild of Larry’s son and current V8 Supercars endurance co-driver, Jack.

The business has already secured the rights to distribute adidas Motorsport race gear in Australia.

The products are being used in the V8 Supercars Championship by Nissan Motorsport drivers James Moffat and Michael Caruso, who along with karting whiz David Sera, have been signed as adidas racing ambassadors.

“Perkins Motorsport may not operate as a race team anymore, but it’s exciting for us to keep the name and the spirit of the company going through this new venture,” Perkins told Speedcafe.com. 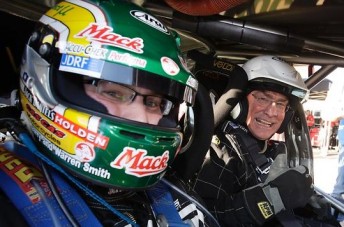 “We really want to focus on providing high quality products, like the adidas Motorsport range, and make them accessible to everyone from V8 Supercar drivers to amateur competitors.

“All of our sales will be online, but eventually we’ll have a showroom in Melbourne where, by appointment, people will be able to come in and have a look and a feel of what we’ve got.”

The father and son Perkins team are currently restoring Larry’s last Bathurst car (PE041, which was also the steed for Jack’s first Bathurst), and plan to make limited runs of Perkins Engineering parts available through the site.

“Perkins Engineering produced 49 chassis over the years, so there are a lot of people out there with our cars that want genuine parts for them,” explained Perkins.

“We’ll have limited runs of specialised parts available through the store, sitting alongside the racing apparel and other clothing that we’ll offer.”

The Perkins’ also continue to operate their highly successful Perkins Technologies business, which designs, manufacturers and maintains electronics systems for its customers in the aviation industry.

Jack Perkins will return to Fujitsu Racing GRM for a second consecutive V8 Supercars Championship endurance campaign later this year, taking on the Sandown 500, Bathurst 1000 and Gold Coast 600 events, as well  competing in the V8 SuperTourer enduros in New Zealand.

“At this stage I’m only doing limited racing this year, but it’s not because I’ve got better things to do, it’s just really tough out there commercially at the moment to secure funding,” he said when asked of his driving career, which has been without a full-time ride since finishing second in the 2011 V8 Supercars Development Series.

“As always I’ll be pressing to get back into the V8s full-time next year. I’ve tried every year since I lost out at the end of 2009 (losing his drive in the main series), and I’ll keep trying until I get back in a competitive ride.

“A strong showing at the enduros again will only improve my chances, but unfortunately it often comes down to commercial or financial reasons to secure a full-time gig.”