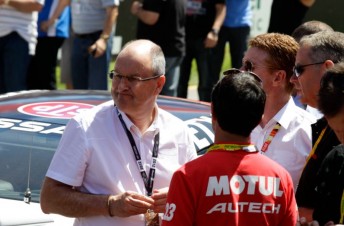 Cochrane had enjoyed a 16-year tenure as V8 Supercars executive chairman before he was edged out of the position midway through last year by majority owners Archer Capital.

He retains a small stake in V8 Supercars, despite selling a reported $2 million worth of shares earlier this year, and visited last month’s season-opening Clipsal 500.

Cochrane confirmed his new position with the Suns to The Financial Review, telling the paper that he hoped “to give back to the local community” through the role.

Cochrane was replaced at V8 Supercars by James Strong, in a non-executive chairman position, late last year, before Strong’s passing in March following a short illness.

V8 Supercars has yet to confirm a replacement for the highly respected former Woolworth chairman.