Hand luggage help to get Nissans back on track

Hand luggage help to get Nissans back on track 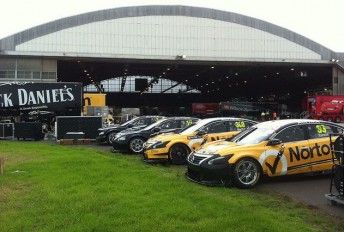 Nissan Motorsport staff will hand courier engine upgrades across the Tasman ahead of this weekend’s Pukekohe event following the dramas the team endured at Symmons Plains.

The Braeside, Melbourne, based squad had three of its six available engines fail in Tasmania last weekend, causing a major headache ahead of the tight turnaround for New Zealand.

The squad wasted no time in attending to the two engines that were damaged on Saturday – flying them back to the team’s headquarters that night.

Despite seeing a third fall foul of the some trouble on Sunday, the team says it will have seven motors across its four cars in New Zealand thanks to the addition of another spare to its pool.

Necessary reliability upgrades were not completed in time to make last night’s freight aircraft to Auckland, however, ensuring that final modifications will be made at the circuit.

“We’ve drawn up a couple of modifications and are making some parts to put in the timing chain drive to stop the problems we had from happening again,” team owner and driver Todd Kelly told Speedcafe.com after he arrived in New Zealand on Tuesday evening. 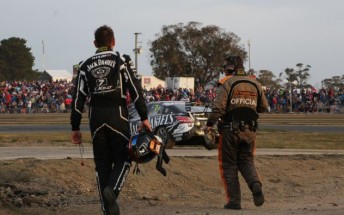 “It’ll be something that goes in their (the team’s) suitcases.”

Although Pukekohe has traditionally required a strong engine package, Kelly says the 2.9km layout will suit the Altimas better than Symmons.

“I think we’ve just been to the worst circuit for the drama we’ve got,” he said, referring to Symmons Plains.

“Depending on where that back chicane is and the exit speed onto that back straight, it could still be pretty tough on us, but it certainly won’t be as bad as Symmons.

“Without being too negative, I’d suggest we’ll be somewhere between eighth and 20th,” he added when asked if a repeat of the squad’s top 10 performances from the non-championship Albert Park meeting could be achievable.

Kelly’s team-mate and brother Rick Kelly is the reigning Pukekohe event winner having triumphed at the venue in 2007 while driving a Walkinshaw Racing Holden.

Kelly was being engineered that year by Erik Pender – a combination that has been reunited in 2013.

Nissan Motorsport’s new driving recruits, Michael Caruso and James Moffat, are two of 15 in the field this weekend not to have tackled a V8 Supercars Championship event at Pukekohe previously.

The Australian touring car category’s annual visit to New Zealand took in the now defunct Hamilton street circuit between 2008 and 2012.