Brendan Reeves keen to get ARC campaign back on track

Brendan Reeves keen to get ARC campaign back on track 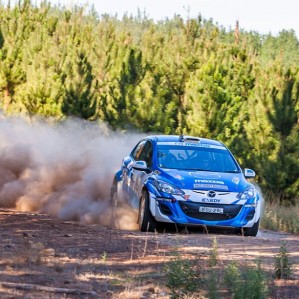 Brendan Reeves is looking for a positive result in WA

A positive test of the Mazda2 has Brendan Reeves determined to kick-start his Australian Rally Championship, and take the fight to the factory supported entries from Honda and Renault at this weekend’s Quit Forest Rally in Busselton, Western Australia.

Reeves jumped out of the blocks on the Power Stage at the National Capital Rally in Canberra last month, but then encountered a range of mechanical issues.

The rallyschool.com.au Mazda2 has been fully rebuilt since the first round, with stronger driveshafts fitted and changes to the brake system. The changes have given Reeves renewed confidence.

“We proved in the first round that the car has the speed, but we just suffered from a few new problems that cost us time,” said Reeves.”

“All the things that broke or played up in Canberra were things that hadn’t been a problem with the car before, so the team have worked hard to ensure that everything is now 100 per cent right.

“The test stage showed that we are making good progress, and I was really happy with how the car performed.

“The set-up that we started with felt great straight away, and I’m confident we’ve got a good package for the rally.”

The Western Australian roads are notorious for their fine, ball-bearing stones, making driving extremely tricky, however Reeves believes he can quickly come to grips with the conditions.

Although the Quit Forest Rally is a gravel event, the qualifying stage, the Power Stage and three of the rally’s special stages are on tarmac – around the foreshore in Busselton.

While Reeves is seeded as car number five, his road position for the first Heat will be determined by his time on the two qualifying runs. Like many competitors, he’ll be weighing up his options as to whether it’s better to be first on the road and deal with the loose gravel on the stages, or drop further back and battle the potential dust hazard.

“It’s not an easy choice,” he admits. “We definitely want to go out and win the Power Stage and bank those five championship points on offer, but deciding the best road position for the first Heat will be a little bit of a lottery.”