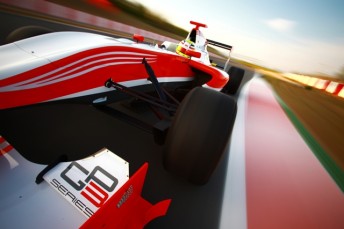 GP3 round confirmed for Valencia

Valencia has been confirmed as the single standalone event on the GP3 Series calendar.

The Series confirmed that the Ricardo Tormo circuit will serve as round two of the eight-round Championship with the other seven runs to be run in conjunction with F1.

Practice for the Valencia weekend will be on Saturday ahead of qualifying while the two races will be held on Sunday from June 15-16.

GP3 Series chief executive Bruno Michel said: “It will be the first time that the series will race at Circuit de Ricardo Tormo.

“2013 promises to be a very strong season for GP3 with the introduction of the GP3/13 car recording a lap time 4.2s quicker than its previous generation on the same track.

“The driver line-up is probably the strongest we have ever had. I can’t wait for the season to start in Barcelona next month.”