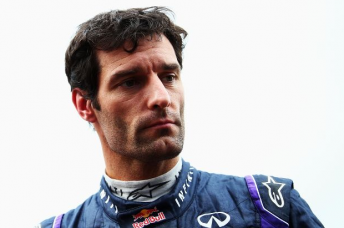 Webber has been linked to the German marque’s latest sportscar campaign, which is set to take in the entire 2014 World Endurance Championship schedule, for some months.

The latest report claims that Webber has been in discussions with Porsche and that he is one of the manufacturers’ key targets to add to its already 10 strong stable of factory drivers.

Porsche’s motorsport communication head Oliver Hilger told the newspaper that his company is yet to decide on its driver line-up.

Speedcafe.com asked Webber last month whether he’d be motivated to join a factory Le Mans effort once finished with Formula 1.

The 36-year-old said a second racing career post-F1 was “unlikely”, but was careful not to close to the door on such a concept entirely.

“You never say never, but Formula 1 is the pinnacle, the absolute pinnacle,” he said.

“There’s nothing else really like it, especially when you’re coming from the situation when you’re in a top team and with a team operationally that’s running very, very well in Red Bull.

“But I haven’t been retired yet either, so I don’t know how it feels,” he added.

“Normally when you retire you obviously want a bit of a break from things, but a beach towel is not very exciting and I’m not very good at reading a book on a beach, so you have to find other things that interest you and will get you motivated.

“Whether that’s in car racing outside Formula 1, I’m not sure.”

The fresh speculation comes off the back of a controversial Malaysian Grand Prix that saw Webber overtaken for the win in the closing stages by his Red Bull Racing team-mate Sebastian Vettel, despite the German having been told by the team to hold station.

The row is the latest in a string of Vettel-Webber incidents since the pair clashed at the 2007 Japanese Grand Prix while Vettel was at Toro Rosso.

Webber has previous experience of Le Mans from his time in Mercedes’ factory sportscar effort in 1998 and 1999.