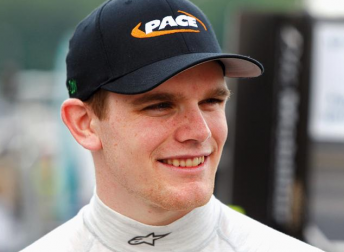 The 21-year-old will attempt to qualify for the iconic open-wheel race for legendary AJ Foyt in the #41 ABC Supply Honda alongside team incumbent Takuma Sato.

Providing he gains a start in the 33-car field Daly, who has graduated to the European GP2 Series after making an impact in GP3 last year, will head to Indy immediately after competing in the Monaco round of the GP2 Championship.

The son of Ireland’s former F1 and IndyCar racer Derek Daly had the benefit of a test at Sebring in December of the Foyt-run Indycar.

“I almost can’t describe what it means to have the opportunity to race in the Indianapolis 500,” Daly said.

“I have been to the 500 every year of my existence except for last year when I raced in Monaco. It is truly my home race since I was born and raised in the Indianapolis area. I am so thankful that A.J. and Larry [Foyt] have given me my first shot at the greatest race in the world. I know this will sound cheesy but I’ve never been happier in my life; this race means so much to me.”

He is scheduled to take part in the Rookie Orientation Program next week along with several other rookies.

“I’m excited about bringing Conor to Indy for his first race at the 500,” said Larry Foyt.

“I’ve been watching him come up through the open wheel ranks, and when we met at the F1 race in Austin, Texas last year, we hit it off immediately.

Daly had a solid start to his GP2 quest recently at the Sepang circuit in Malaysia when he finished 13th and seventh in the opening races of the season for the Hilmer Motorsport squad.