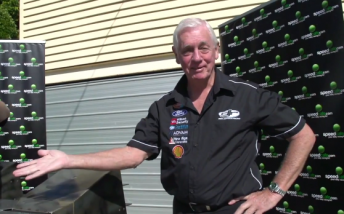 Although a full public launch is not expected to come until Bathurst in October, team owner Dick Johnson and son Steven completed an initial unveiling of DJR’s future direction this morning.

Homologation of the new car’s engine and bodywork packages are said to be already underway, with the move signifying a radical departure from Johnson’s long-time association with Ford.

“It is unbelievable that we’re able to make this announcement today,” said Steven Johnson, who is now in the role of general manager at DJR after stepping out of the driver’s seat this year.

“We really want to stand out from the crowd come next year and in a way, go back to the future and advance to the top of the V8 Supercars grid again.

“This provides us with the best opportunity commercially and in competition moving forward.”

See below for video of the team’s unveil this morning