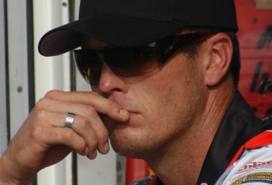 The Speedway Australia Tribunal has penalised West Australian Sprintcar driver, Ryan Farrell with a two year suspension from the sport.

Farrell faced the Tribunal this week after a positive test in February to banned substances at the Bunbury World Series Sprintcars event.

He pleaded guilty to the charges as laid down and was handed a two year sentence.

Promising to undergo rehabilitation, Farrell has been given the opportunity to return to racing nine months early, if he can demonstrate that he has regained full health. Should that not be the case, he will be required to serve the maximum two year term.

Given how complicit he was to the process, no monetary fine was handed down by the Tribunal.

“While it is important that hefty sanctions are put in place for drug use in speedway generally, the Tribunal recognised in this instance that Mr Farrell’s co-operation, acceptance of his health problem, commitment to rehabilitation, and the return to good health are all important factors,” said the Tribunal Chairperson.

The full sentence reads as follows: