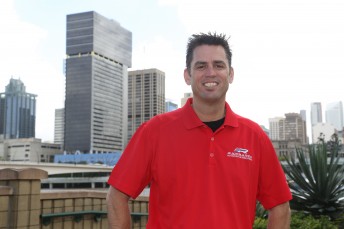 In Australia for the Santo’s Cranes Super 3 Extreme Drag Race at Willowbank Raceway, Dixon was impressed with the progression of the Santo Rapisarda-driven squad on it’s first full tilt at NHRA competition.

Dixon expressed how impressed he was with the Australian operation, led by legendary crew chief, Lee Beard, given how late the arrangement came together.

“Usually, you’ll do a deal in September and October, then come January you’re testing in preparation for the first event in the second week of February. We put our deal together late in January and were racing a few weeks later…so every qualifying session is basically our testing.”

The second winningest driver in NHRA history is excited about racing at Willowbank and in Australia for the first time.

“It’s all different – different setups, different format this weekend, different competitors and for me, even a different tack length! Getting back to quarter mile racing will be cool and I hope we can put on a good show for the fans – the extra support I’ve been getting in the NHRA from Australia has been very noticeable.”

Dixon will take on Australia’s best Top Fuel pilots at Willowbank Raceway in a two day, double round extravaganza on Friday and Saturday.

Speedcafe.com has an exclusive Cafe Chat with Dixon tomorrow.