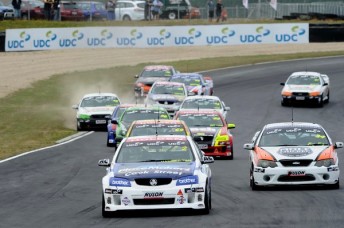 The former Saloon Car driver, who is undertaking his second full season in V8 Utes this year, has shipped his BF model Ford Falcon Ute to New Zealand for the event.

The Queenslander says he may also contest subsequent NZV8 Ute rounds this year, pending his competitiveness at Pukekohe.

The V8 Supercars meeting is a non-championship hit-out for the NZV8 Utes, whose points rounds run alongside the country’s V8 SuperTourers Series.