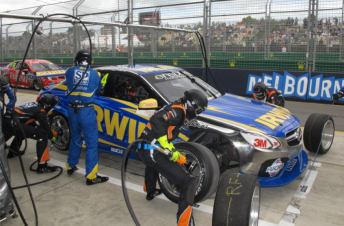 Erebus Motorsport is planning to take the likes of Red Bull’s famed driver development program to a new level with its own in-house academy structure.

The Erebus Academy has enjoyed a low profile existence so far this year as it has quietly backed young karters Antonio and Valentino Astuti, but will step up its efforts this weekend with a move into the Formula 3 Australian Drivers’ Championship.

As reported by Speedcafe.com on Monday, reigning Australian Formula Ford Champion Jack Le Brocq will step into a Mercedes-powered Mygale chassis leased from existing F3 squad Harvest Motorsport as part of an exploratory foray into the class.

Although the Academy is still in its early stages of planning, Erebus Motorsport general manager Barry Ryan hopes it will grow into a comprehensive ladder system for the squad’s V8 Supercars outfit.

“The idea of the academy is to try to develop top level drivers, staff and all aspects of a race team from scratch,” Ryan, who has been charged with heading up the program from Erebus’ Melbourne base, told Speedcafe.com.

“It means we can recruit apprentices in the academy and build them up to be members of the V8 Supercar team, or whatever ends up being the pinnacle of our racing activities in the future. 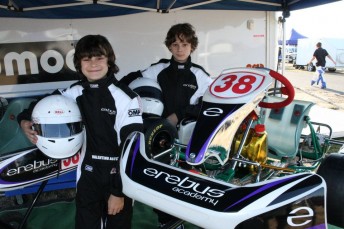 “Drivers are an important part of it, but we don’t want to just focus on drivers. Too many do that, and there’s a real weakness at the moment of new staff coming through and people getting burnt out.

“A lot of teams struggle now to get the right people and if we can steer some young people in the right direction then hopefully it’ll help strengthen the whole industry.”

Ryan is currently in discussions with kart manufacturers in order to build the grass-roots end of the operation, and says that karts and F3 are likely the extent of the program in the short term.

“We’ve looked at Formula Ford but we really want to see where that’s going,” he said.

“If it grows back we’ll look at it pretty closely, but for us Formula 3 currently makes more sense, especially because there’s obviously a bit of a relationship there with the engine manufacturer (Mercedes).”

Outside of the Academy and its V8 Supercars team, Erebus owns an entry in the V8 Ute Series that is run separately from its own bases, while the future of its Australian GT squad is currently unclear.

“The intention is to do the remaining rounds of the Australian GT Championship with at least one car, but we’re looking at all options at the moment in Asia to go and do a few races over there,” explained Ryan.

“Off the back of our Bathurst 12 Hour win we want to go and do another big marquee event (most likely the Sepang 12 Hour) to increase our profile again and take on more challenges.”

Erebus currently has just two full-time staff based at its Melbourne workshop, which are supplemented by part-time team members that assist in running the GT cars.