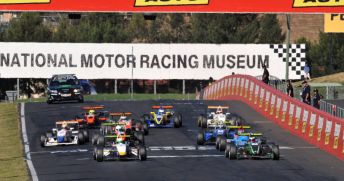 Erebus Motorsport is set to expand into the Formula 3 Australian Drivers’ Championship through its young driver academy program.

The Erebus Academy will debut on the F3 grid at the season-opening Bathurst Motor Festival this weekend.

This year’s campaign will not be Erebus owner Betty Klimenko’s first foray into Formula 3 having backed the early career of 2001 Australian F3 Champion Peter Hackett.

Confirmation of the Erebus Academy’s expansion is expected to take place alongside the full entry list for the Bathurst F3ADC round later today.