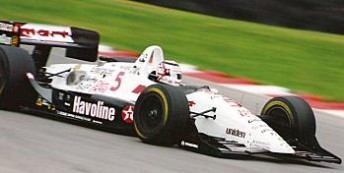 Today marks a significant anniversary on the Australian motor racing calendar so Speedcafe has taken a trip down memory lane to mark the occasion.

In 1993 there was a hype buzzing around Surfers Paradise as the Indy precinct was gearing up to host the third annual race as part of the US-based CART series.

As had been tradition since the staging of the maiden Gold Coast Indy in 1991, it was drafted in as the opening race of the Championship and thus it provided plenty of pre-event media fodder.

But in 1993 all of the attention was focussed on one driver.

Nigel Mansell had turned his back on F1 after leading Williams to the title by piloting  the technical genius that was the FW14B with its semi-automatic gearbox and clever active suspension.

Mansell arrived in the land of IndyCar at a time when the CART (Championship Auto Racing Teams) was at the height of popularity with great teams bristling with some of the most decorated open-wheel drivers in the world. 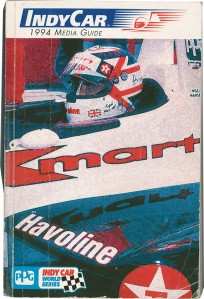 Mansell on the cover of the 1994 IndyCar Media Guide

Newman-Haas had seen Michael Andretti march off to McLaren for what would be a one-off and unhappy F1 bid and by doing so he left a vacant seat beside Mario Andretti, the 1978 F1 World Champion.

Mansell, much to the bewilderment of the F1 establishment, had arrived on the Gold Coast for his maiden IndyCar start which had been one of the most anticipated debuts in the history of America’s top single-seater series.

A media throng from Europe and North America followed Mansell to Queensland, documenting his every move.

It became evident on the Thursday, a day before opening practice, that this throng had in fact became quite a crowd.

Newman-Haas had called a press conference held in a large auditorium at Jupiter’s Casino which was attended by approximately 300 local and international journalists, the likes of which has rarely been seen even in the world championship F1 era in Australia.

The hype continued at the track when it seemed like every British expat or British tourist choked the pit area in their thousands wanting a glimpse, an autograph, an acknowledgement from Mansell.

At the track Mansell was immediately up to pace in the opening sessions and duly put his Ford-powered Lola on pole position from Emerson Fittipaldi, the 1972 and 1974 F1 World Champion.

On race day, March 21, 1993, Mansell had a shaky beginning from the rolling start as the charismatic Emerson Fittipaldi took charge in his Penske.

Mansell then settled into a rhythm and by lap 16 of 65 he had poked the nose of his Lola in front after a brave dive going into the beach straight left-hander overcoming a huge brake lock up locked in his red number five machine.

The F1 champ’s run was stymied as he was deemed to have made a pass under a local yellow prompting a stop-go penalty.

Forced into another period of recovery, Mansell then seized upon a chance when Fittipaldi, who was looking a decent chance at times of repeating his Gold Coast Indy win from the year before, pitted for the final time on lap 44.

Mansell went on to destroy the opposition over the last 20 laps winning by more than five seconds from Fittipaldi as the young tyro, Robby Gordon, steamed from behind in a Lola-Cosworth to claim third. The English driver became the first rookie to score pole position and win on debut in IndyCar before he carried on to win the 1993 CART IndyCar series.

Surfers that weekend was drowned with emotion the likes of which was never to be seen again.

A shortened version of the original 16-turn 4.5km track remains although the golden period of Indy history in Queensland is sadly only memories some of which will never fade.

SEE BELOW VIDEO FOR LOCAL NEWS REVIEW OF THE RACE