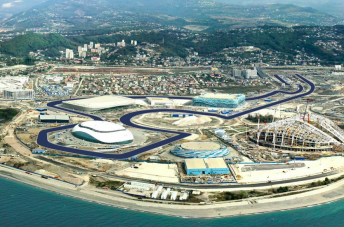 Venue for the proposed 2014 Russian GP

Formula Sochi, the organiser behind Russia’s bid to join the Formula calendar, has reportedly gone bankrupt.

The new circuit designed by Hermann Tilke is being constructed in preparation to host a round of the F1 World Championship next year.

It is understood that the promoter and circuit builder Omega will take over preparations and see the project through to its end goal.

The 5.95km circuit is being built in a precinct that will include venues for the 2014 Winter Olympics.

The circuit is located in the Krasnodar region of Russia on the Kuban river about 148km from the Black Sea port of Novorossiysk.