Ivan Mauger retires from public life due to ill-health

Ivan Mauger retires from public life due to ill-health 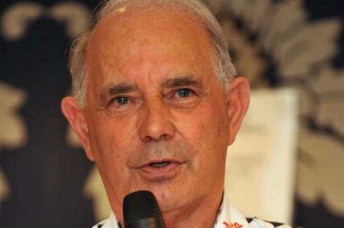 The most prolific Speedway rider in World Championship history, Ivan Mauger has retired from public life.

Mauger’s management released a statement today stating the 73-year-old 15 times World Champion was suffering from ill-health and wanted to spend more time with his family.

”Ivan Mauger, the most-decorated motorcycle speedway rider of all time, has announced his retirement from public life,” read the statement.

”Because of poor health and a wish to spend more time with his family he has decided he will not be undertaking any further public engagements or media commitments.”

His lowest ever finish in the individual World Championships between his debut in 1966 and final appearance in 1979 was eighth at Wembley in 1978. Apart from his six victories and three runner-up placings, he had three fourth positions to his credit.

If Mauger was able to win the 1970 World Championship – his third in succession – a pair of Americans, George Wenn and Ray Bokelman vowed they’d gold plate his bike. Winning the title in Wroclaw, Poland, the bike was shipped to the States to be turned gold. It now resides in the Canterbury Museum in Christchurch.

His record six titles were only challenged by Sweden’s Tony Rickardsson, who equalled Mauger’s six World Championships before his retirement.

The Kiwi legend was awarded and MBE in 1976 before being admitted to the Order of the British Empire (OBE) in 1989 and was lauded as the greatest Speedway rider of the 20th century.

Born and raised in Christchurch, Mauger remains based on the Gold Coast in Queensland with his family. Up until today’s announcement he has maintained a heavy involvement in the sport.

He’s been instrumental in training and supporting young riders both in Australia and around the world. In more recent times, he had been behind a push to introduce speedway into Malaysia.

The Buckley Systems New Zealand Speedway Grand Prix will be held this weekend at Springs Speedway in Auckland.